The support staff of Jimmerson Law Firm consists of a diverse group of highly trained professionals.

We are dedicated to ensuring that all work conducted of behalf of our clients is completed in a thorough, cost effective manner. Our staff takes pride in their work and adheres to strict confidentiality guidelines.

Professionalism is paramount at Jimmerson Law Firm, and our administrative staff, accounting office, and office services department all employ structured procedures within an organized environment. This type of teamwork guarantees time efficiency, which ultimately manifest itself in a superior work product and “top-notch” service to our valued clients. Our administrative staff has been trained extensively on our “state-of-the-art technology, which enhances our ability to provide legal support to the firm’s attorneys. Each legal secretary and paralegal is proficient in legal research and trial preparation consistent with the Nevada Rules of Civil Procedure.

Shahana is a proud native of New York City, where she lived for twenty years before relocating to Las Vegas, Nevada in late 2007.

Shahana studied communications and writing at Queens College in New York before beginning a career in film and music publicity and promotions, including 20th Century Fox Films, PolyGram Films, and Universal Music Group.  She spent several years as manager for independent music artist and did consulting work for touring artists.

She transitioned into the legal field when she joined the New York entertainment law firm of Marshall & Solovay in 1999, where she assisted attorneys with high profile music artists, music business clients, alternative film financing deals and licensing contracts.  She followed counsel, Marilyn G. Haft, Esq. to her firm of Marilyn G. Haft, P.C., and later, Haft, Harrison & Wolfson and spent several years working closely with Ms. Haft on business and legal affairs of the multimedia and communication industries, including the film, television, digital and publishing sectors.

In 2004, Shahana joined Marshall & Solovay partner, Norman Solovay, as a Litigation Paralegal and Secretary, working primarily on complex family law and business litigation matters, as well as mediation and arbitration.  During that time, she also spent several years assisting with legal work on family law cases in Nevada and California.

In 2008, Shahana was proud to join the firm of Jimmerson Hansen, P.C. as a Paralegal.  In 2013, she was promoted to Senior Case Manager, having worked closely with James J. Jimmerson, Esq. for several years on complex family law cases involving divorce, custody, and financial issues. Shahana serves as a client liaison during all aspects of a family law case including discovery, motion practice, hearings, settlement conferences and trials.  Shahana strives to provide personal attention to our clients and provides hands-on assistance in guiding them through the often-difficult, delicate, confidential and sensitive process of family law litigation. 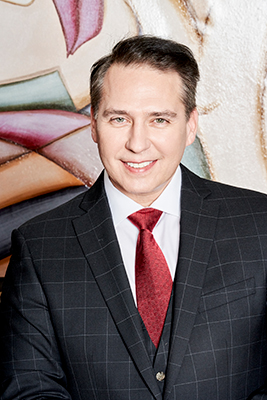 With over 20 years civil litigation experience, Mr. Pastor has successfully represented Blue Chip companies and high net worth individuals.  Mr. Pastor’s experience allows him to help The Jimmerson Law Firm to effectively guide its clients through their most complex cases – including corporate and commercial matters, intellectual property and privacy matters, and high net worth divorce matters.  He works closely with the Firm’s clients and experts to assist the Firm in crafting effective strategies to protect and enforce their interests.

Mr. Pastor intends to seek admission to the Nevada Bar at the earliest possible time.